Community Association Bills as of 2/2/22

As you read the bill summaries discussed below, please remember that these are NOT new laws and some of these bills have already been determined to be going nowhere. Most of the bill consolidation occurs the last week or two of Session which is currently scheduled to end on March 11.

Many of the following bills will continue to change as they wind through the committee process and we will likely wind up with one or two large community association omnibus bills once again. The full text of each bill can be found on the legislative websites: (www.flsenate.gov; www.myfloridahouse.com; and www.leg.state.fl.us.).

Condominium Fraud Investigation Program: SB 274 by Senator Rodriguez and HB 811 would create a pilot program within either FDLE or the Department of Legal Affairs in the Office of the Attorney General to be funded from the Division of Condominiums, Timeshares and Mobile Homes trust fund. The proposed program is intended to facilitate investigations of condominium-related fraud in Miami-Dade, Broward, and Monroe Counties. SB 274 received 3 committee references. HB 811 received 4 committee referrals. Neither bill has had a hearing so passage during the 2022 Session is unlikely.

Community Association Databases: HB 329 by Representative Duran and SB 642 by Senator A. Rodriguez direct the Division of Condominiums, Timeshares and Mobile Homes to create, maintain, and update a database of Florida condominium and homeowner associations accessible to the public. HB 329 received 3 committee references. SB 642 received 3 committee references. Neither bill has had a hearing so passage during the 2022 Session is unlikely.

Residential Associations—Board Member Requirements: SB 394 by Senator Rodriguez and HB 547 by Representative Borrero both require newly appointed or elected board members to certify that they have read the governing documents AND to attend a division-approved education course. SB 394 received 3 committee references and has been approved by the first committee. HB 547 received 3 committee references.

Condominium and Homeowners Associations—Flags: CS/SB 438 by Senator Burgess and HB 465 by Representative Sirois both contain amendments to Chapter 718 and Chapter 720 to permit owners in condominium and mandatory homeowners associations to fly flags recognizing the new United States Space Force service branch on designated holidays. CS/SB 438 received 3 references and has been amended and approved by the first 2 committees. HB 465 has passed all committees and is pending on the House Calendar.

Condominiums: SB 880 by Senator Pizzo amends s. 194.181 to require that all unit owners be party defendants in a tax appeal lawsuit. The legislation also proposes criminal penalties for directors receiving kickbacks and makes changes to the document inspection which includes imposing criminal penalties for willfully refusing to release or produce association records. The bill also defines fraudulent voting activities in an association. SB 880 received 3 committee references by the president.

Homeowners’ Association Ombudsman: HB 1033 by Representative Beltran and SB 1296 by Senator Burgess create the new Office of the Homeowners’ Association Ombudsman at the Division of Florida Condominiums, Timeshares, and Mobile Homes. This new HOA Ombudsman will be authorized to monitor HOA elections and to participate in dispute resolutions between owners and their HOAs. CS/HB 1033 received 4 committee referrals and was amended and approved by the first committee. SB 1296 received 3 referrals.

Homeowners’ Association Fines: HB 1039 by Representative Arrington and SB 1362 by Senator Torres removes the current ability of HOAs to record a lien against a parcel for fines. HB 1039 received 3 committee referrals. SB 1362 also received 3 referrals. Neither bill has had a hearing so passage during the 2022 Session is unlikely.

Homeowners’ Association Fines: SB 1364 by Senator Torres and HB 6103 by Representative Arrington repeal the right of homeowners’ associations to evenly levy fines for violations. SB 1364 received 3 committee referrals. HB 6103 also received 3 referrals. Neither bill has had a hearing so passage during the 2022 Session is unlikely.

Display of Flags in Residential Associations: HB 1371 by Representative Persons-Mulicka and SB 1716 by Senator Baxley permits owners in a condominium or HOA to display a flag honoring “first responders” and a POW-MIA flag. The bills limit the owner to two flags but repeals the limitation on the number of days when the flags may be displayed. HB 1371 is pending referral. SB 1716 received 3 committee referrals.

Community Association—Building Inspections: HB 1391 by Representative Geller and SB 1780 by Senator Pizzo will require residential buildings at least 30 years old and four stories or higher, located within one-half mile of the coast, to be inspected and reinspected every five years. Those inspection reports will become part of the association’s official records and must be filed with the local governmental authority and be made available to community residents. These bills would also require a developer to provide an inspection report at the time of turnover. HB 1391 is pending referral. SB 1780 received 3 committee referrals. Neither bill has had a hearing so passage during the 2022 Session is unlikely.

Condominium and Cooperative Association Reserves: HB 1393 by Representative Geller and SB 1942 by Senator Pizzo will require enhanced measures for renovation of parking garages and swimming pool decks. The bills add new reserve account components for waterproofing, roof and balcony maintenance, and structural standards. The bills mandate reserve studies every two years by an architect or engineer and those studies would be available to prospective purchasers. The bills remove the ability for members to waive reserves. The bills also mandate inspections by a licensed structural engineer to inspect eighteen (18) specified components on the property. Local governments would be empowered to enforce the foregoing new requirements. SB 1393 is pending referral. SB 1942 received 3 referrals. Neither bill has had a hearing so passage during the 2022 Session is unlikely.

Condominium Associations: HB 1397 by Representative Geller and SB 1774 by Senator Pizzo authorize a person preparing a financial report to rely on an inspection report prepared for the association to meet fiscal and fiduciary standards imposed by the Condominium Act. The bills provide that an association may not waive financial reporting requirements for more than three (3) consecutive years. The bills require each board candidate to file a certification form attesting that the candidate has read and understands the community documents and the law, and they require every condominium building taller than three stories to be inspected every five years. HB 1397 is pending referral. SB 1774 received 3 referrals. Neither bill has had a hearing so passage during the 2022 Session is unlikely.

Condominium Inspections:  SB 1702 by Senator Bradley incorporates provisions from the Task Force created in the aftermath of the Surfside tragedy. This bill will create mandatory “milestone inspection” reports for condominium and cooperative buildings of three stories or more.  These bills will require a licensed engineer or architect to prepare the inspection reports which then must be provided to local building officials and unit owners. The report will become a mandatory part of the association’s official records and available to prospective purchasers.  SB 1702 received 3 committee references and has been approved by the first two committees. This bill could be the vehicle for this year’s omnibus community association bill.

Community Association Building Safety:  SB 7042 by the Senate Regulated Industries Committee incorporates provisions from the Task Force created in the aftermath of the Surfside tragedy. The bill requires milestone building inspections for residential structures, requires reserve studies for structural components of buildings, and ensures transparency with regard to building safety for unit owners and prospective purchasers. The bill also requires full reserves or financial alternatives such as a Line of Credit to fund deferred maintenance and provides a private cause of action for unit owners if a board of directors fails to fulfill these obligations.  This bill could also be the vehicle for this year’s omnibus community association bill.

Ad Valorem Tax Abatement—Building Demolition: HB 71 by Representative Woodson and SB 1610 by Senator Rodriguez will provide ad valorem tax abatement for residential properties that have been destroyed by a sudden and unforeseen structural collapse and subsequent demolition of remaining sections of a building. HB 71 received 3 committee references. SB 1610 received 3 references and has been approved by the first committee.

Licensed Structural Engineers: HB 375 by Representative Toledo and SB 940 by Senator Baxley create a new category within the engineering profession to be known as “Licensed Structural Engineer” which requires training, experience, and examination to qualify for this new designation. HB 375 received 3 committee references. SB 942 received 3 references and has been approved by the first committee of reference.

Toxic Mold Protections: HB 933 by Representative Thompson and SB 1394 by Senator Jones require landlords to provide certain written disclosures to prospective and current tenants under specific circumstances when the landlord knows that mold, both visible and invisible, is present and exceeds the permissible exposure limits or poses a health threat. HB 933 received 4 referrals and has not been heard in any committee, making this initiative highly unlikely of passage. SB 1394 also received 3 referrals.

As you can see from the foregoing list, the 2022 Legislative Session in Florida is likely to result in major operational changes for all types of community associations. 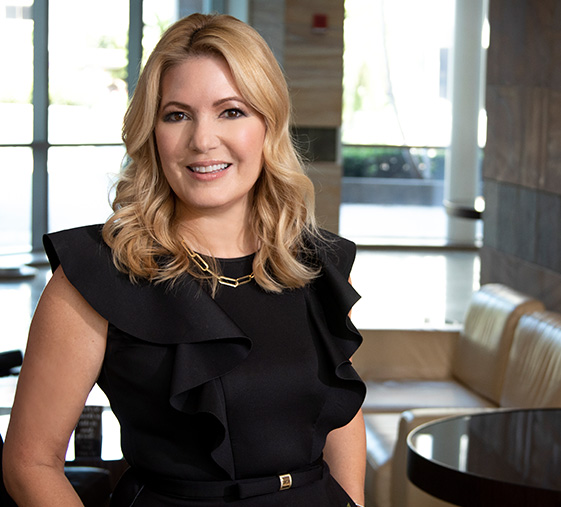